The A-10 has been sorely missed in Arma 3. This is partly because of the lack of available NATO fixed wing aircraft, but mostly because of the versatility of the A-10, and its usefulness as a close air support platform in the Arma world. It’s capable in just about any role you assign to it. Well, thanks to Peral’s hard work, the A-10 is back!

The A-10C Thunderbolt II is an American twin-engine, straight-wing jet aircraft designed solely for close air support of ground forces, the A-10 was built to attack tanks, armored vehicles, and other ground targets with limited air defenses.

Notes:
– This is alpha version and many features are still not complete
– Please read included PDF 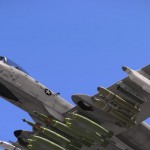 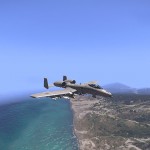